You have spent ages (and possibly large amounts of money) working on developing your computer-implemented idea: architecting the interface, coding the functionality, testing and tweaking the result, and re-coding where necessary to get it perfect.  You know you have something special, and you hope it will be the next capital letter in the BigTech acronym (GAFA + you), right?  But, have you given any thought to whether you may have something patentable in all of that work?

Computer-implemented inventions are often overlooked by “the next big startup company” from a patentability standpoint.  Whatever the cause, lack of funds, a belief that computer-implemented inventions are not patentable, an anti-patent attitude, etc., failing to consider what may be patentable and taking action to protect commercially valuable inventions can result in big problems down the road, for example, when you decide to seek outside investment or even sell your creation.  For at least this reason, it is important to consider patentability early in the game before the cat’s been let out of the bag and the invention made public.

Whether the claims of a patent application are being analyzed under the patentable subject matter of Section 101 in the United States, under inventive step of Article 56 of the European patent convention, or other similar legal frameworks throughout the world, one question to consider is “does my implementation solve a technical problem in a technical manner?” Importantly, the mere fact that the implementation involves the use of a general-purpose computer does not necessarily render the implementation technical and is insufficient, by itself, to render a basic implementation patentable.

However, often the execution of operations by components of the general-purpose computer is technical and can provide the basis for finding a technical solution to a technical problem.  For example, where the implementation leads to an improvement in the functionality of the general-purpose computer, such as reduced resource utilization, reduced energy consumption and/or heat generation, etc., these improvements may be sufficient to argue that the implementation has improved functionality of the computer, and thus, solved a technical problem in a technical manner.

In addition to improving the functionality of a general-purpose computer, many computer-implemented inventions provide additional or alternative technical effects leading to improvements in other technologies.  For example, improvements in bandwidth utilization over a transmission channel, image processing techniques leading to higher quality and faster video streaming, and improvements in data compression leading to more efficient storage and/or transmission may be considered technical matter leading to patentable subject matter.  Even graphical user interfaces (GUIs) implementing technical features to render a user experience more intuitive and/or more functional can be considered to provide the necessary technical solution to a technical problem, and should not be set aside without serious consideration for patentability.

In summary, while patentability of computer-implemented inventions is highly case specific and depends heavily on the implementation, the misconception that nothing implemented on a computer can be patentable, should be discarded.  Consulting a registered patent attorney before deciding to forgo filing of a patent application should be part of your strategy to protect and exploit your intellectual property. 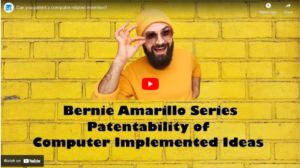 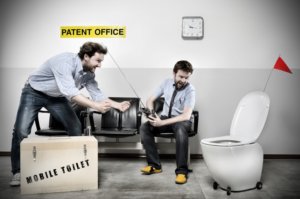 James Bell / About Author
James is a former member of the L&P team. He continues to contribute articles and we work with him on IP related matters. He is a US and EU patent lawyer with a strong background in patent portfolio management, rights procurement, and enforcement from a global perspective.
More posts by James Bell