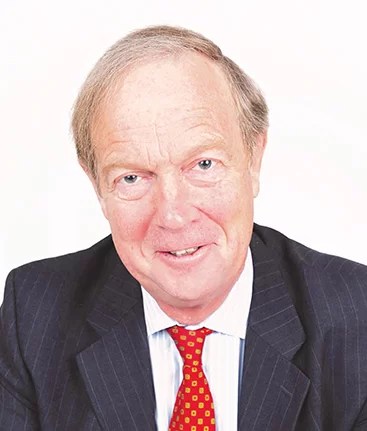 Hugh is a senior qualified corporate and commercial lawyer with over 30 years of in-house practice. Hugh is Of Counsel at Logan & Partners.

Hugh qualified and worked in the London office of Coward Chance (which became Clifford Chance after merging with Clifford Turner), with a broad practice area including mergers, management buy-outs, general commercial work and insolvency.

Hugh worked at Philip Morris International (PMI) headquarters from 1982 until 2014. He had a wide range of responsibilities across the company’s tobacco business and, until its sale to Pepsico, its Seven Up (soft drink) business. This included work on distribution and license agreements, sports sponsorships, marketing issues, corporate, commercial and antitrust matters, bond issues and other financial matters, inter-company agreements, regulatory affairs, transfer pricing and intellectual property matters.

Hugh has an M.A. (Hons) from Cambridge University and is an English qualified solicitor.

Hugh speaks English and French and is based in United Kingdom.

Hugh Brass articles
We use cookies on our website to give you the most relevant experience by remembering your preferences and repeat visits. By clicking “Accept All”, you consent to the use of ALL the cookies. However, you may visit "Cookie Settings" to provide a controlled consent.
PreferencesAccept All
Manage consent

This website uses cookies to improve your experience while you navigate through the website. Out of these, the cookies that are categorized as necessary are stored on your browser as they are essential for the working of basic functionalities of the website. We also use third-party cookies that help us analyze and understand how you use this website. These cookies will be stored in your browser only with your consent. You also have the option to opt-out of these cookies. But opting out of some of these cookies may affect your browsing experience.
Necessary Always Enabled
Necessary cookies are absolutely essential for the website to function properly. These cookies ensure basic functionalities and security features of the website, anonymously.
Functional
Functional cookies help to perform certain functionalities like sharing the content of the website on social media platforms, collect feedbacks, and other third-party features.
Performance
Performance cookies are used to understand and analyze the key performance indexes of the website which helps in delivering a better user experience for the visitors.
Analytics
Analytical cookies are used to understand how visitors interact with the website. These cookies help provide information on metrics the number of visitors, bounce rate, traffic source, etc.
Advertisement
Advertisement cookies are used to provide visitors with relevant ads and marketing campaigns. These cookies track visitors across websites and collect information to provide customized ads.
Others
Other uncategorized cookies are those that are being analyzed and have not been classified into a category as yet.
SAVE & ACCEPT
Let's discuss your legal needs