Where can you go to find out company information in Switzerland?

In this article we’re going to be focusing on what company information is available to the public for companies which are registered in Switzerland.

How is company information held in Switzerland? 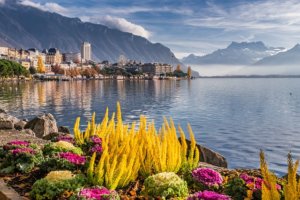 Switzerland has 26 cantons which form a federal republic.  Businesses in Switzerland are governed by the Swiss Code of Obligations.

Each canton holds a commercial registry of the companies which are registered in their canton (Registre du Commerce/Handelsregister).  The commercial registry is published in the Swiss Official Gazette of Commerce and on the Internet available at the following link:  https://www.zefix.admin.ch/en/search/entity/welcome

Zefix, the Central Business Name Index, permits users to access information about companies held by the cantons. Users may also access certain key documents from the cantonal registers for the payment of a fee.

What information is held about companies on Zefix?

A search on Zefix using a company name will reveal the following about the company:

The extract from the commercial registry provides the following additional information about the company:

The extract is taken from the relevant canton’s register and is therefore presented slightly differently for each canton.  If you wish to obtain certified extracts from the registry of commerce, you have to contact the commercial registry in the canton in which the company is incorporated.

Are the company’s annual accounts available on Zefix?

In short, no, they are not. This is very different to the UK and France and other jurisdictions where accounts are publicly available, albeit often for a fee.

In Switzerland, companies have a duty to keep accounts and prepare financial reports in accordance with the Swiss Code of Obligations. Those accounts form part of the annual business report which is submitted to the company’s competent corporate body (for example, to the shareholders for a company limited by shares). However, the annual business report and the accounts do not need to be filed with the commercial registry and are not usually publicly available. The position is different for publicly traded companies and companies which exceed certain thresholds in terms of balance sheet, turnover and number of staff.

What different types of companies are there in Switzerland?

The main trading companies in Switzerland take one of the following two structures:

Both of these business vehicles are incorporated with a separate legal personality and a membership primarily based on capital contributions.  Both vehicles have sole liability for their own debts.

The limited liability company requires less initial capital and is typically used by smaller businesses.  It has certain specific requirements such as restrictions on the transferability of shares and disclosure of all shareholders’ identity in the commercial register.

The company limited by shares is typically used by small, medium and large businesses.  It is also used by companies listed on a stock exchange since in Switzerland there is no separate company type for public companies.

Other legal structures can be used if appropriate.  This includes for example, a co-operative (Genossenschaft/société cooperative/società cooperative) used by non-profit organisations and a partnership limited by shares (Kommanditaktiengesellschaft/société en commandite par actions/società in accomandita per azioni).

Victoria Ferguson / About Author
Victoria is a former member of the L&P team and continues to contribute articles. She is an experienced commercial lawyer and worked for more than 7 years as a senior associate at Logan & Partners. Victoria currently works as an in-house counsel at the UK's Met office.
More posts by Victoria Ferguson